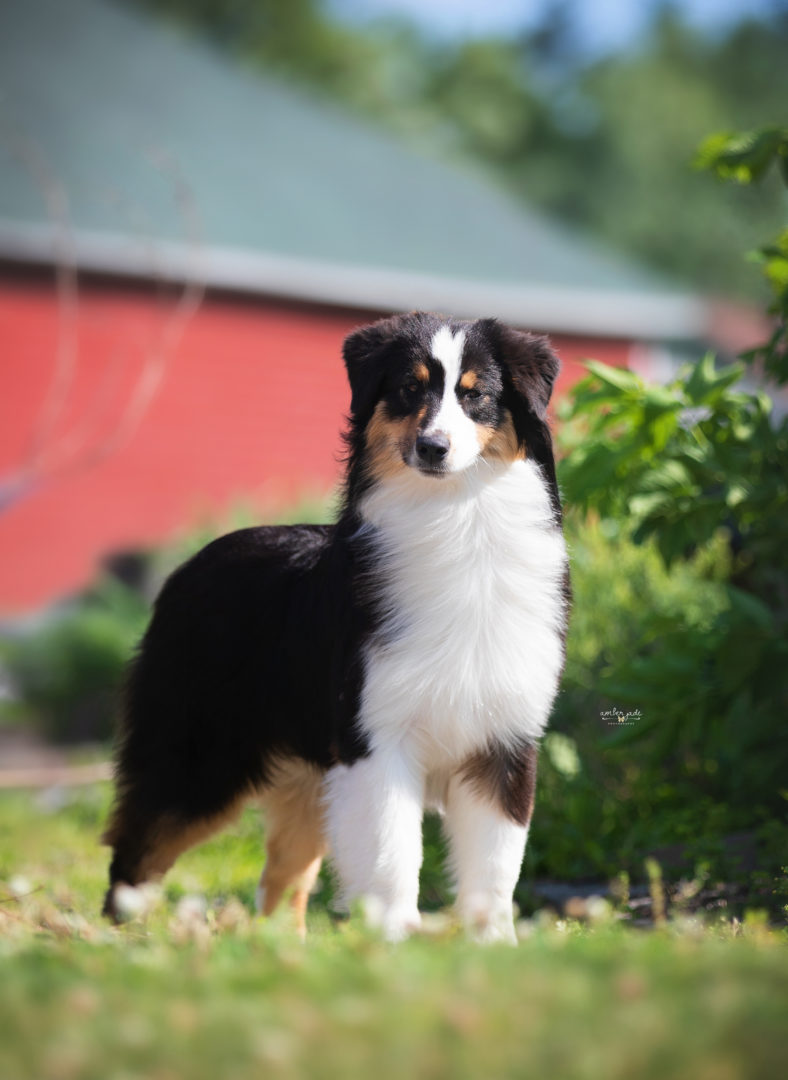 Our love for Australian Shepherds began in 2002. I was in search of a dog that I could show in junior showmanship and train in obedience and agility. Growing up my mom raised Bedlington Terriers and we had an Alaskan Malamute and Briard. My first 4-H dog was our Bedlington, Phoebe. We loved the breed, but they weren’t as easy to train in performance. The Briard was my next project. She despised the juniors ring and even though we earned our Companion Dog (CD) title in obedience, her heart wasn’t in it. She did it for me. My fellow 4-H competitor had Aussies and I always thought they needed to be on a farm. I met Betsy Atkinson of Hearthside Aussies and she invited us to come meet her dogs and a litter of puppies she had. What I was worried about wasn’t the case. Aussies make great family dogs and partners if you put in the time, effort and training. A blue merle male named Slick was the start of our love and dedication to this special breed. Slick and I earned his AKC and ASCA championship before he was 2 years old and he was ranked in the top 30, he earned AKC and ASCA agility titles and his agility championship in CPE. We have bred many champion and performance titled dogs, but most importantly, beloved family companions. I became an ASCA Provisional Breeder Judge in 2017 and we are AKC Breeders of Merit. All of our dogs are registered with the Australian Shepherd Club of America (ASCA) and the American Kennel Club (AKC). We are members of ASCA and the United States Australian Shepherd Association (USASA).

Australian Shepherds are an amazing breed. They are very intelligent dogs. They were bred in America to become the best herding dogs. With that comes the need to be exercise both their bodies and their brains. They have a strong impulse to herd! If you’re looking for a brainy, tireless, and trainable partner for work or sport, your search might end here.

All puppies are reserved at this time. 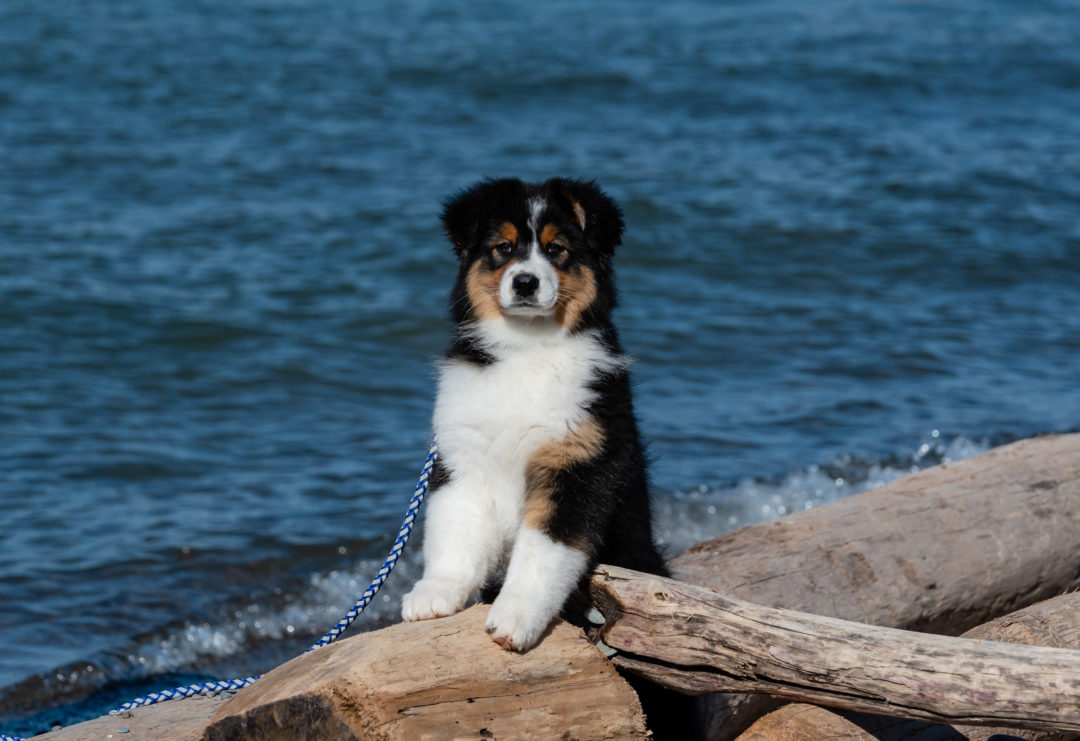 Have a question? Interested in our puppies? Want to learn more about the breed? Contact us and we'll be in touch shortly!